The Tie Between Brand Value and Sustainability Is Getting Stronger

Several groups have published studies that purport to prove a connection between sustainability and brand.  These studies are widely cited by both branding experts and sustainability professionals.  For instance, The Conference Board has published a three part series of Director Notes on the relationship between “real” ESG (environmental, social, and governance) performance and “perceived” performance as measured via a brand strength indicator.

These and other past studies have tended to focus on a few hundred top companies and on industries that are perceived to be brand-driven such as consumer products and business services.  Because most sustainability performance data sets were created to serve investors, they tend to cover only large public companies in developed countries.  There are few data sets that cover more than 3,000 companies or that extend back in time more than five years.

We were recently able to combine data drawn from two unique sources that have never before been combined.  Brand Finance uses a proprietary methodology to calculate the brand value of more than 5,000 leading global companies. Brand value is driven by the size of the company and the strength of its brand.  Brand Finance’s Brand Strength Index (BSI) measures this strength factor and allows investigations of the relationship between brand and sustainability that strip out the size of company factor.  The Brand Finance data set extends back to 2005.  CSRHub currently rates the sustainability performance of 7,300 companies in 93 countries.  It uses data from more than 230 sources to track twelve different measures of corporate social responsibility (CSR) and a number of special sustainability issues.  The CSRHub data set is updated monthly and extends back to December of 2008.

Both companies have used consistent methods to evaluate companies over the period studied—2008 through 2012.  1,094 of the companies tracked by Brand Finance in its most recent report are also tracked by CSRHub.  As a result, we have been able to compare brand value and sustainability performance across 97 industries in 16 industry groups (see table) and 54 countries in 10 regions (see map and table).  While the study has a bias towards larger companies and those that are publicly traded, we have been able to include at least some smaller companies in our data set (see chart). 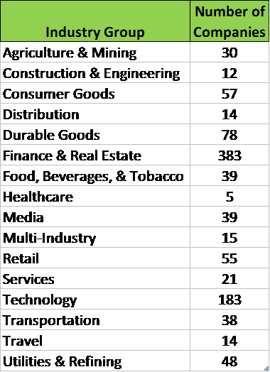 The Study Covered Companies In 57 Countries 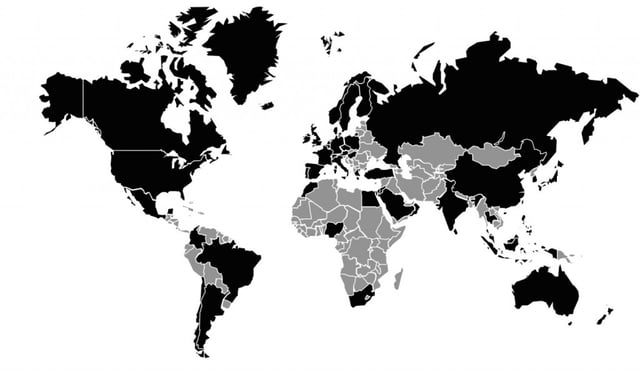 Europe, Asia, and the US Were All Well-Represented 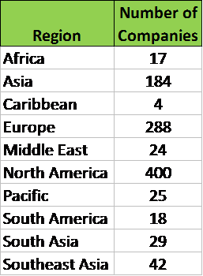 Our next post will look at what we discovered when we compared these two data sets.