There is a Strong Link Between Brand Strength and Sustainability

In a previous post, we laid the foundation for comparing a huge database on brand strength with the world’s largest database on corporate sustainability.  Our analysis follows for a strong correlation between the Brand Finance Brand Strength Index (BSI) and CSRHub’s overall sustainability performance rating (using the profile of the average CSRHub user).  The chart below shows this correlation for 1,079 companies.  It appears that about 22% of the variation in BSI can be explained by changes in perceived CSR performance. 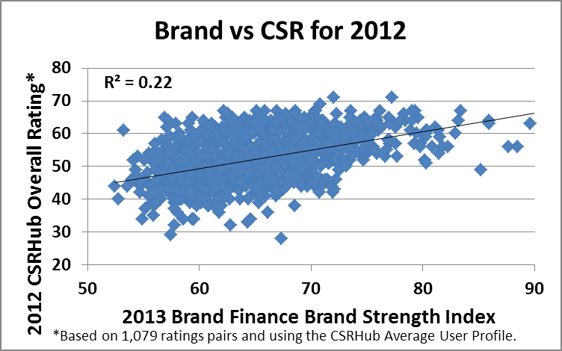 CSRHub’s rating relies on four category ratings that in turn are based on twelve subcategory ratings.  When we perform a multivariate regression between the BSI and the twelve CSRHub subcategories, we get an even stronger correlation of 28%. 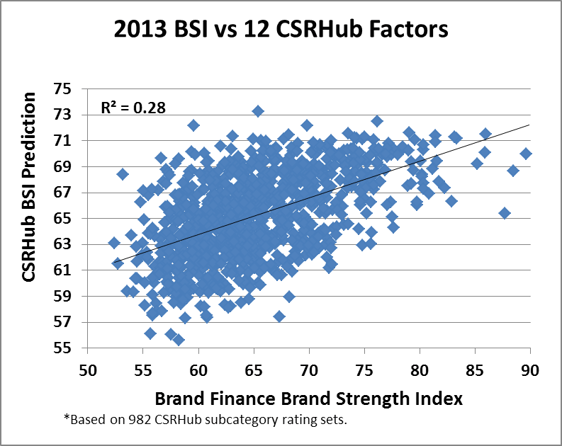 This level of correlation is much higher than those cited in previous studies.  There are three potential explanations for this correlation:

Our next post will probe to determine which of these explanations is most likely to be true.