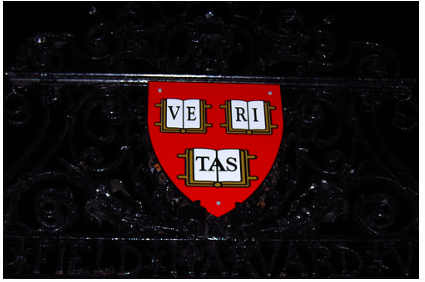 Harvard would not join the Fossil Fuel Divestment movement. At 1,275 words, her statement acknowledges how seriously Harvard’s administration considered the issue. The statement opens with “Climate change represents one of the world’s most consequential challenges,” but “divestment from the fossil fuel industry is (neither) warranted or wise.”
Last Thursday, Seattle’s Mayor Michael McGinn wrote an impassioned protest for Huffington Post that lays out the arguments against Harvard’s stance, but it was surely no surprise to anyone. Harvard has a history of withstanding divestment movements, refusing to join even the anti-Apartheid divestment until ten years after protests began.

But still I expected more. Faust is one of my heroes. As the first female President of Harvard, she operates successfully and in some ways radically in one of the most entrenched old boys clubs in the country. My own alma mater, Harvard Business School, recently revealed a pattern of sexual harassment and discrimination that was as astonishing in its depth. Even more surprising is the fact that it was revealed at all, much less addressed with such fervor by HBS’ male Dean Nitin Nohria. Appointed by President Faust, Dean Nohria pledged to “remake gender relations.”

A few weeks before the divestment rejection, I had received another email from Harvard, the transcript of a speech by President Faust announcing a $6.5 billion capital campaign. Even more damning than Harvard’s failure to signal its support for an end to fossil fuels was its omission of climate change in its plans for the future.

Faust spoke eloquently answering the question, “What institutional commitments will we make to define who we are and who we will be decades and centuries from now?” She names Harvard’s priorities as genomics, imaging, nanotechnology, big data, computation and “forging of new connections and crossing traditional boundaries” required by digital privacy, bioengineering and understanding and alleviating ethnic and sectarian conflict.

How could there be absolutely no mention of climate change? Surely this issue is more critical to life as we know it than nanotechnology or digital privacy.

Then I remembered a phrase in the Fossil Fuel Divestment email: “funds in the endowment have been given by generous benefactors.” Here was the most likely reason for Harvard to reject pleas from 72% of its student body and millions of climate change advocates:

The fossil fuel industry and its owners give big, and their influence is pervasive.

Just one example: David Koch, the climate change denier/coal and oil baron, a graduate of MIT, has given $185 million to his alma mater.

It seems Harvard’s anti-divestment decision might be simply put, a practical fund-raising strategy.

But the school is missing an even bigger opportunity. To quote the Harvard Political Review, “Divestment…would signal that America’s universities take the climate-energy challenge seriously.” And what better institution to lead America's universities than Harvard?

Another missed opportunity: Harvard could be raising capital to address the most intransigent, complex and compelling challenge of all, climate change. Bill Gates is more excited about it these days than computing. His big bet, TerraPower, is a nuclear energy innovator.

Imagine if Harvard put all of its might behind “forging of new connections and crossing traditional boundaries” to solve the climate crisis. It might be the best fund-raising strategy of all. Michael Bloomberg has given his alma mater John’s Hopkins a total of $1.1 billion for cross-disciplinary work, part of that specifically on sustainability. Surely there are other environmental advocates out there among the 52 billionaires who are Harvard graduates.

Maybe it’s time for Harvard to rethink its strategy.