Are Elections Bad for the Climate? 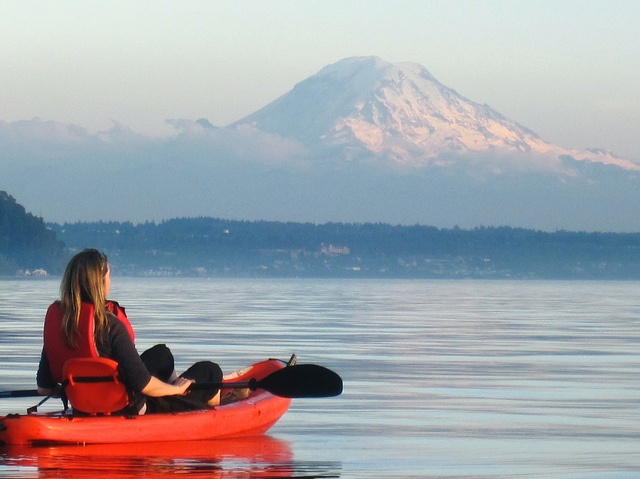 In an open letter in Grist, Bill McKibben, putative leader of the climate change movement, challenged Hillary Clinton to “use her political capital to overturn America’s energy paradigm — not slowly, around the margins, but quickly and at the core” as FDR did with World War II weapons and JFK did with space exploration.

It’s thrilling to contemplate. And she could do it. But McKibben goes on to say that climate change is not her issue. Evidence suggests that she will capitulate to oil and gas interests for the sake of her campaign war chest.

After all, even the greenest administrators in the greenest states with the most environmentally conscious constituencies are caving to the lure of fossil fuel campaign money.

You’d like to think that since we in the Pacific Northwest have staked out a green positioning which we exploit to our economic advantage, our politicians would be hyper-vigilant about steering away from fossil fuel contributions, if only for how it would look.

So you see how crazy it is that the Port of Seattle is enabling arctic drilling by berthing Shell’s Alaska drilling equipment. That decision was rushed through four months of secret meetings followed by a single public hearing, at which the commissioners voiced “discomfort,” then, with one exception, acquiesced. Port of Seattle CEO Fick signed the contract five days later.

The Port of Seattle was once the green leader. Its CEO until last year, Tay Yoshitani, an experienced port manager, was brought in to clean up corruption and take on environmental issues, to run the greenest port in the country. Companies like Walmart and Costco were publishing the carbon footprint of their products as competitive differentiation, and the Port could help.

The Port’s slogan became “Where a sustainable world is heading.”

The new CEO, Ted Fick, has different priorities. Fick’s career started at his family’s foundry business. He’s a tough businessman and an IronMan tri-athlete. He’s the first CEO ever appointed in Seattle who has no experience in either of the port’s businesses, shipping or airports, and none with public agencies.

Needless to say, he hasn’t made much mention of the port’s environmental initiatives.

But the rest of the Port’s commissioners have. The electorate is extremely sensitive to preserving the astounding beauty of Puget Sound, the body of water on which the Port’s facilities are located. Unlike the CEO, the commissioners are elected officials and had to be environmentalists if they wanted to win.

So why would they support Shell’s arctic aspirations?

Oh don’t be naïve: money of course. Seattle’s independent paper The Stranger investigated the five commissioners’ campaign contributors, and all were recipients of gifts from oil companies or the company handling Shell’s port in Seattle.

One can argue that all supporters of a port commissioner’s campaign would naturally be the port’s customers. But in hyper-green Seattle, all won their elections to some degree on their pro-environmental positions. Topping The Stranger’s list of hypocrites, Bill Bryant ran on the claim that “I am a committed conservationist.”

He’s also running for governor, so he needs the cash. And I guess he figures the electorate has short memories.

Another ecotopia travesty: Washington State’s Governor Jay Inslee’s support for an oil refinery along the majestic Columbia River. The proposed facility would produce 40-45,000 barrels of oil/day from Bakken crude delivered by rail cars. The “green” pitch: the refinery would also refine biofuel, which will lower the plant’s overall carbon footprint.

Sounds a little back door doesn’t it? This is the same Jay Inslee who proudly wears the mantle of “Greenest Governor” and claims to be an ardent opponent of fossil fuels? It doesn’t add up.

But then again, it’s election season.

And Portland’s Mayor Charlie Hale, another green leader also up for re-election, spent a year quietly shepherding a plan for the Penimba propane export facility, also on the Columbia River, and thus enabled Penimba to spend $15 million on project development without protest. After virtually unanimous public opposition once it became public, Hale fervently reversed course. Of course, the dirty work is done and he’s just one vote on the port commission. As Pembina officials reacted, "Pembina has appreciated the leadership, guidance and past support of the mayor throughout the development of the project to date.”

If even those whose political fortunes depend on green policies can be swayed by a little cash, imagine how easy it will be to persuade Hillary Clinton. Still, we can dream.