Monetizing Nature Is a Fool’s Errand

How will damage from the Gold King Mine spill of Silverton Colorado be valued? The lawsuits against the EPA for dislodging the toxic yellow sludge into the Animas River and beyond haven’t yet been filed, but injured parties are lining up.

So the EPA had to do more inspecting to bolster its argument for Superfund designation and accidentally breeched a secret dam built inside the mine to hold back accumulated snowmelt, unleashing three million gallons of poisonous sludge.

Sure enough, as in the BP Deepwater Horizon spill, the tourism industry is the first to call for monetary damages.

Then come livestock owners whose animals might be poisoned. And the vegetable farmers whose produce could be ruined unless they find an alternative source of water.

Then there’s the cost of the clean-up itself.

But even those billions of dollars don’t account for the loss of gorgeous, irreplaceable natural habitat along the now three hundred miles of fouled rivers.

In our monetized, quantified world, we are driven to assign a value to this resource. And economists have a mechanism.  Called “contingent valuation,” the tool is a survey in which subjects are asked their willingness to pay to protect nature.

Intuitively, we know this is not remotely adequate. Economists and policy makers agree. And so scientists have set about trying to develop a better metric.

A study on the neuroeconomics of valuation was just published in the journal PLOS One and summarized in a New York Times article by study authors Paul Glicher and Michael A. Livermore. Previous MRI’s of the brain structures responsible for valuation showed great similarity across a wide variety of decisions, from consumer goods to entertainment to daily activities. But as the authors put it, “The brain did not respond to contingent (environmental) valuation studies the way it did to all other known classes of economic behavior.”

In other words, when subjects tried to “value” nature, their MRIs showed different areas of the brain at work than those areas used to value other decisions.

Could nature be on a different spectrum altogether? Maybe our brains process nature’s value in ways unrelated to money.

Those of us who walk in nature would agree.

As it turns out, many economists agree too.

One of them is Nobel Prize winner Joseph Stiglitz. A 2009 report by the Stiglitz Commission on the Measurement of Economic Performance and Social Progress looked at how economic statistics such as GDP fall short of measuring true economic performance:

“For example, traffic jams may increase GDP as a result of the increased use of gasoline, but obviously not the quality of life. Moreover, if citizens are concerned about the quality of air, and air pollution is increasing, then statistical measures which ignore air pollution will provide an inaccurate estimate of what is happening to citizens’ well-being.”

The Stiglitz Commission goes further, insisting that “The assessment of (environmental) sustainability is complementary to the question of current well-being, and must be examined separately. …Both pieces of information are critical and distinct.”

Another way of saying that even rising public policy metrics such as Gross National Happiness in Bhutan or Subjective Well Being in the UK don’t adequately address the value of the environment.

Nature brings solace and sanity. If you haven’t experienced the succor of nature personally, science has proved its benefits, most recently in a National Academy of Sciences study whose results suggest that “accessible natural areas may be vital for mental health in our rapidly urbanizing world.” Or to put it another way, nature’s true value is priceless. 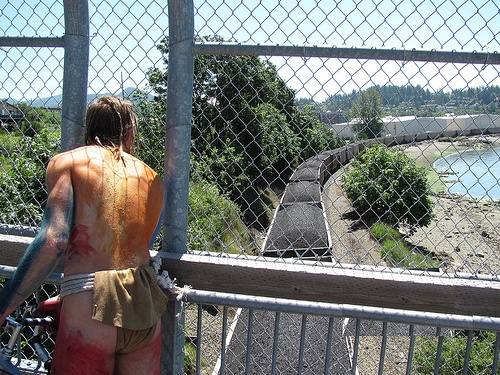