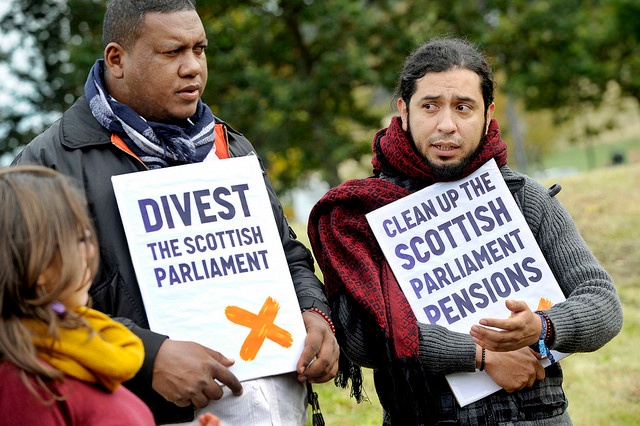 The fossil fuel divestiture campaign GoFossilFree equates the end of oil, gas and coal tothe great moral crusades of our time — Apartheid and tobacco — while hoping to reduce demand for fossil fuel stocks and thereby threaten their stock prices. 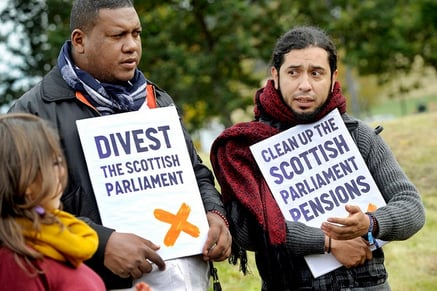 It’s a tall order. As long as GoFossilFree was focused on divesting university endowments, the campaign was a gnat on the haunch of the elephant. After all, why should an industry worth $5 trillion be afraid of endowments worth $467 billion, whose investments in oil and gas are probably 10%, or $50 billion, at best? Chump change to this industry’s behemoths.

But more recently, the FossilFree campaign began targeting pensions as well, and that’s a problem. Consider the numbers: as of 2013, US pension assets totaled $21 trillion. Using that same 10%, you’re talking $2.1 trillion in fossil fuel stocks. That’s a number big enough to scare even Big Oil.

The first real threat came in 2015 from California’s state pensions. In April of that year, the California legislature voted to divest its coal stocks from the pensions’ $657 billion investment fund. A scary precedent and one that got Big Oil’s attention.

Evidence of Big Oil’s alarm is clear on the anti-divestment site divestmentfacts.com. Funded by the Independent Petroleum Association of America (IPAA), the site used to publish letters from University Presidents justifying their decisions not to divest and a few reports on how much individual college endowments would lose through divestment.

In June, the DivestmentFacts site underwent a radical change. Focused now on pension funds, the site promotes the idea that under divestment, pension funds will lose $7 billion over twenty years. Three studies from three separate universities support the claim.

A closer look at the study authors reveals how much more the IPAA is investing to stop pensions from divesting. The lead study is authored by none other than the notorious economist and lawyer Daniel Fischel, the short-lived dean of Chicago Law School who resigned over a sex scandal and one-time expert witness in criminal trials of Mike Milken and Charles Keating as well as officers of Enron and Philip Morris. Fischel is Chairman and President of Compass Lexecon, one of the largest consultancies that specialize in what Charles Ferguson described in the Huffington Post as “The sale of academic ‘expertise’ for the purpose of influencing government policy, the courts, and public opinion… now a multi-billion dollar business.” The other two studies are by academics who are also Senior Consultants at, yes, Compass Lexecon. That’s some pricey research.

Shortly after releasing the three studies, the IPAA published a survey of pensioners conducted by FTI Consulting, which owns — wait for it — Compass Lexecon. FTI’s report warns, “Even the largest college endowment funds in existence today hold only a fraction of the assets managed by public pension funds,” then goes on to present “statistics” that prove pensioners don’t want divestment. A spokesman from the American Petroleum Institute (API) draws on heart strings when he concludes, "Millions of retirees and pension holders depend on income from oil and natural gas investments to live.”

Both oil lobbying organizations, API and IPAA, are funded mostly by the fossil fuel majors, with the bulk coming from Shell, BP and Chevron, companies that have the most to lose from divestiture. And they’re right to spend whatever they have to, because the truth is, the smart money in pensions should flee oil and gas for economic reasons. Looking ahead, HSBC Global Research found that global carbon regulations could result in fossil fuel companies losing 40-­60% of their value, which will translate into reductions in share price. Similar warnings have come from CitiBank, Standard and Poor’s, and the Bank of England.

Big Oil is right to be afraid. Pension fund divestment has moved to Europe. Just two weeks ago, the EU issued a directive that, on ratification, will require all pensions to “consider climate and risks related to…‘stranded assets,’”, referring to oil and gas reserves that may never be used. EU pensions total £3.2 trillion, $4.4 trillion at today’s depressed exchange rates.

Spending on anti-divestment is just a finger in the dike. Big oil and gas will lose to carbon-free energy. Will they follow buggy-manufacturers who never embraced the automobile and were pushed out of business? Or will they imitate American carmakers that entered the electric car market? Perhaps divestment will exact the same financial pressure on oil and gas that forced dramatic innovation in the American auto industry.

Photo courtesy of Friends of the Earth Scotland via Flickr CC.