In the most recent sign that coal is in trouble, Wyoming's only new coal mine, Kiewit's 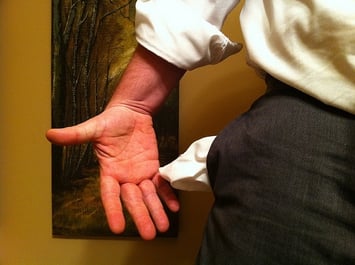 Haystack Mine, halted construction last week before shipping any coal: “The coal market is very, very soft,” Uinta County Economic Development Director Dell Atkinson told the Uinta County Herald. “It’s off about 11 percent from last year. They’ve got more coal than they can use right now.”

As reported by Ross Macfarlane, Senior Advisor, Business Partnerships for Climate Solutions, the only other new mine in the state, Cloud Peak's Young Creek Mine, has been indefinitely delayed, awaiting word on export ports.

Exporting coal from the proposed West Coast coal ports is coal companies’ only hope.
The investment required is enormous. Train tracks must be upgraded and new ports built. Because of local objections to coal ports, the coal and train companies are pouring additional millions into PR and ad campaigns to change the minds of local citizens and lawyers to lobby local, state and federal politicians.

The motivation for the companies is clear – it’s survival. But what’s the motivation for investors? "Ambre Energy: Caveat Investor" catalogues a number of money woes for just one of the coal companies and its need for $1 billion in new capital to make its coal projects financially viable. Who will invest?

So far, Macfarlane and his constituencies have some pretty powerful arguments.

Targeting coal investors and investment analysts who cover coal, Macfarlane starts with coal company valuations, which have fallen 70-90% over the last two years due to the fall in domestic demand. The only escape from this disaster for coal companies is exports, which won’t happen without West Coast coal ports. And they’ll spend anything to make those ports happen, however unlikely. Even Seeking Alpha agrees that “this would be a high-risk, high-reward investment as badly needed West Coast terminals may not be allowed to move forward.”

Two of the six proposed ports – Grays Harbor, Washington and Coos Bay, Oregon — have already been withdrawn or derailed. The other four face fierce opposition.

But Macfarlane also has an ethical argument too: coal investors are playing with dirty money.

No matter what your politics, some things are just plain wrong. One investor, candy heir Forrest Mars, Jr., negotiated permits for running the coal on a route that bypasses his ranch – then bought a 1/3 stake in the railroad that will send the Otter Creek coal to market, fouling the fertile Tongue River Valley.

The blowback is that the Mars candy company has launched a social responsibility campaign, with Principles in Action,” which commit the company to “minimizing environmental impacts.” Anti-coal activists picked up on Mar’s vulnerability and plastered anti-coal stickers on Snickers, Skittles and other Mars candy. Mars makes money on coal, but hurts his candy investment and his personal reputation. Not a sound investment strategy.

Or this one: Peabody Coal, the largest pure coal play for investors and a participant in two of the coal ports, spun off some of its older, less productive Appalachian coal mines to a subsidiary called Patriot. Five years later, Peabody bankrupted Patriot, eliminating pensions and health benefits for thousands of older mine employees.

This one exploded too: Patriot’s creditors and its union are investigating Peabody for potential fraud, adding risk to this coal investment.

Another participant in West Coast coal ports, Arch Coal, is simply a bad player, with an Accounting and Governance Rating in the 5th percentile, a higher risk than 95% of companies measured. As Business Insider comments, “Incidents and settlements in 2011 included a violations of the Clean Water Act in three states, the death of a miner in Virginia, and a wrongful death lawsuit settlement with six families.” Arch is also at risk for its pension liabilities.

But perhaps worst of all might be Peabody’s use of the promise of “clean coal technology” to bankrupt Midwestern cities. Here’s that story:

Peabody persuaded municipalities in the Midwest to invest in a new cleaner coal power plant cynically named Prairie State Energy Campus (PSCE). Peabody sold 95% of the plant to local utilities and rushed to begin construction before the EPA’s recapture rule took effect, resulting in as the Chicago Tribune called it “largest source of carbon dioxide built in the United States in a quarter-century.” Then costs soared beyond the original investment, forcing the utilities to borrow. Two utilities pulled out. Energy from PSCE is so expensive that utilities sell at a loss or increase prices for customers. Several municipalities have had to declare bankruptcy.

How did this come to light? In February, the SEC served Peabody with a subpoena. Securities fraud anyone?

Desperation can breed bad behavior, and bad behavior has a habit of coming back around. We’ve all seen the bully taken down. I had that experience when I was young. A workplace bully took aim at me, using nasty tactics, and was eventually fired. I remember an older employee telling me “That kind always blows themselves up.”