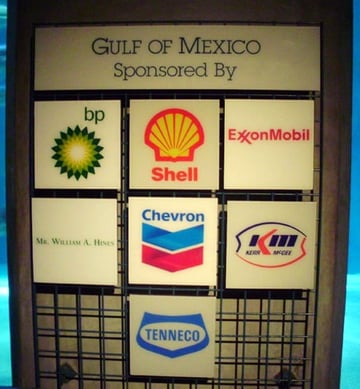 Coming Low-Carbon Transition,” which computed the potential value lost to stranded assets, or what fossil fuel companies will have to leave in the ground in oil, gas and coal. The CPI estimated the lost value at $1.1 trillion, plus another $1.8 to $4.2 trillion for the transport sector (think oil trains.) This total of $2.9-$5.3 trillion represents up to one quarter of total U.S. stock market value.

While the CPI report was meant to be positive – operating savings (think of the expense of solar panels vs. a coal plant) would offset stranded assets, creating a net positive of $1.8 trillion—it still sounded terrifying. And while the report claims the worst impact will be on Governments, which own 50-70 percent of fossil fuel companies and generate substantial revenue through taxes and royalties, I felt distracted from my central concern about climate change. Could we absorb the coming disruption?

The oil companies offer a painless alternative. Yes, we have to transition to renewable energy, but who better to lead that transition than the energy giants? Their leadership campaign is three-pronged:

First, acknowledge the need to transition away from fossil fuels.

This tactic was first used by Shell Oil. In its 2013 New Lens Scenario, Shell acknowledged that such a transition was necessary and offered a non-disruptive way to achieve 100% renewable energy by 2100: to minimize economic disruption, transition first to natural gas. Even liberals like Amory Lovins endorsed the strategy.

Now, 1½ years later, the entire fossil fuel industry has followed suit. Even the arch-conservative organization Heartland Institute has dropped its terror tactics (recall their 2012 billboard headlined “(The Unibomber) Still Believes in Global Warming. Do You?”). and gone so far as create the Climate Change Awards, which in July 2014 granted up to $50,000 each to ten scientists, economists and activists who support a “free-market approach to climate change” and “speak out against global warming alarmists.”

Second, address consumers directly with messages of safety and continuity.

Oil companies are running network television advertising not that different from the “Morning in America” calm, optimistic commercials that put Ronald Reagan in the White House.

You do get a sense of peace watching BP’s “Committed to America” spot.

Chevron’s “We Agree” campaign advocates natural gas, with the admonition “We’ve got to be smart about this.”

Third, and this might be a fortuitously-timed accident: they lowered gas prices.

According to Thomas Friedman writing in the New York Times, U.S. and Iraqi oil companies have lowered their price per barrel in order to “bankrupt” Russia and Iran. Putting aside whether it’s a smart strategy to destabilize unfriendly, combative countries, the drop in oil prices could also change the economics of electric cars. Low gas prices coupled with messages about gas that gives “better fuel economy” cast doubt on the e-vehicle and hybrid claims are a better value.

And as oil companies align themselves with the U.S. government’s foreign policy, they’ll have better leverage in their quest to open our East Coast to drilling.

Finally, let’s not forget the threat of major economic dislocation. For stockholders, stranded assets add uncertainty to a stock market that’s already roiling. Another reason not to rock the boat by demanding a transition to renewables that’s too fast and disruptive.

Safety is beginning to look pretty good, even to me. You just have to ignore the reality of a dying planet, which over the last week, has been easier to do. Ebola and ISIS dominate the news. An admittedly small sample of media shows a disturbing lack of climate change news. Even the Huffington Post’s reliable “Green” alerts have seemed stretched away from real climate news to include Ebola coverage, like the nurse’s dog story, and lots of news about the climbers who died in Nepal.

It’s a shame how easy it is to distract us.