Who Gets Hurt From Fed’s Weak Fracking Rules?

Regulation can be a great reason to behave well, though industry rarely sees it that way. 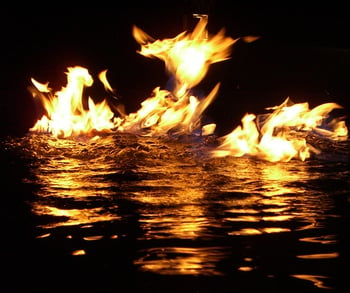 After five years of planning, 1.5 million comments, intense lobbying from the oil and gas industry, and innumerable photos of tap faucets on fire, the Bureau of Land Management has finally announced new regulations for fracking.

The promise of the rules is robust: we can continue to reduce carbon in the atmosphere, transition from coal to a cleaner burning fuel, and persist in drastically reducing our dependence on imported energy — while, thanks to the new rules, eliminating ground and water contamination from fracking. Industry is forced to behave well and thereby forestalls its most serious opposition.

The rules only cover Federal and tribal lands, representing just 11 percent of the natural gas the U.S. consumes, with the hope that operators on state and private lands will follow suit. But still, whatever the regulations do cover should be a satisfying start, shouldn’t it?

In fact, the rules satisfy no-one. News reports from both sides of the issue claim the regulations are deeply flawed. As reported in Huffington Post, environmental groups call it “toothless,” faulting the exceptions loophole and inspections that are delayed until 30 days after fracking wells are in place. A Harvard Law School study found that the reporting mechanism stipulated by the regulation called “FracFocus,” a chemicals tracking registry used voluntarily by Exxon Mobil and other drillers, fails as a fracking disclosure tool.

On the other side, the Wall Street Journal reports that that the industry was so outraged that it “filed a lawsuit to block the rules just minutes after they were announced.”

That lawsuit can’t be due to the expense of conforming to the new rules, but that’s their excuse. The government estimates the cost of the new safety procedures at $11,400, or less than 1 percent of the cost of drilling a well. Even so, Barry Russell who runs the Independent Petroleum Association, one of the groups suing over the new regulations, insists in the Journal that “At a time when the oil and natural-gas industry faces incredible cost uncertainties, these so-called baseline standards will threaten America’s economic upturn, while further deterring energy development on federal lands.”

It makes more sense that this most powerful industry would resist anyone telling them what to do.

So who is suffering most from the new fracking rules, environmentalists and the citizens they represent, or the oil and gas industry?

Should be an easy call. Fracking has been linked to dire health problems, smog, and water, landscape and wildlife devastation. Federal half-measures must be painful for everyone who lives within contamination range of a fracking operation.

But for the oil and gas industry, weak fracking regulations might end up being  detrimental too. Consider this: many localities are issuing fracking moratoriums and bans, from cities and counties across Texas, Ohio, California, and New Mexico to New York State, Pennsylvania and Hawaii. Nation-wide fracking bans are in place in countries including France, Germany and most recently Scotland.

Even with a U.S. ban on fracking only a distant possibility, couldn’t strong US regulations eventually prove fracking’s workability as a bridge to a greener future, ensuring it is protected from a ban?

That’s exactly what the sustainability community hoped would happen with new regulation. Many want to support natural gas to reduce atmospheric carbon, but they don’t like the risk associated with ground water contamination. Socially responsible investment managers such as Green Century and Sentinel are demanding companies that frack commit to insuring environmental safety and best practices. Tougher regulations could have gone much further in meeting these investor demands.

Likewise, Corporate Social Responsibility (CSR) sites that guide consumer and institutional behavior such as data aggregator CSRHub (sponsor of this blog) highlight “fracking” as a special issue tag, to identify the sixty one companies involved in fracking.

Weaker rules allow oil and gas companies that frack (and that’s 90 percent of new wells) to continue to contaminate public water and land, while stronger rules could have forced them to behave as good corporate citizens.  Fracking has allowed natural gas companies to become heroes in one sense, offering a cleaner-burning alternative to coal. Loose regulations imply a license to pollute. And that’s got to hurt everyone.