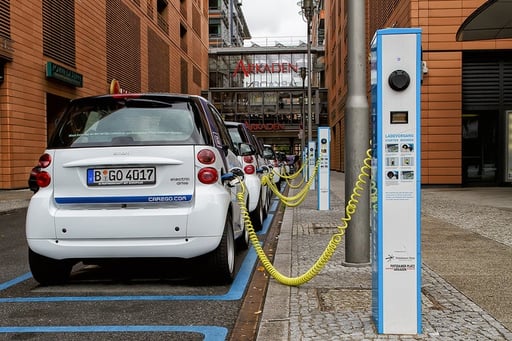 afraid of being stranded with no power source. According to the US Census, there are 121,000 gas stations in the U.S. and just 9,124 charging stations. Refueling takes minutes with gas vs. 30 minutes to hours to charge. According to Plugincars.com’s Ultimate Guide to Electric Car Charging Networks, most public chargers are free for now, but those that are not free require subscriptions to be set up in advance; using regular credit cards for a single charge is possible but complicated. The West Coast’s ballyhooed “Electric Highway” is made up of six different charger providers, each requiring a different subscription and another card for your wallet. Some chargers don’t fit every vehicle (!) and customer service can be terrible.

It’s just too early. Not surprising, most adventuresome new car buyers are skipping electric cars for now and buying another gas-powered vehicle to tide them over until the problems of range and public charging are solved.

Clearly, the EV charging market requires standards. Despite utilities being widely reviled for high rates, they are trusted to distribute power and maintain the electric grid to fairly high standards.

Electric utilities’ reputation for providing overall reliability and consistency is well suited to win the confidence of potential EV drivers.

That may be why utilities in Kansas City, Missouri, Madison, Wisconsin and in cities across California and Texas are investing in charging stations. Existing charging companies, in addition to offering competing systems at the expense of consumers, have failed to proliferate the stations fast enough.  As a result, Public Utility Commissions have begun to open the charging market to electric utilities. Forbes described why regulators are allowing these giants into the market:

(California’s Pacific Gas and Electric) designed the (EV charger) project to help the state achieve its mandate to reduce its emissions by 80% below the 1990s levels by 2050. …To achieve that, Gov. Brown issued an executive order in 2012 that calls for putting 1.5 million zero-emissions cars on the road by 2025.

Why should utilities take on EV charging at all, a tough retail distribution business that EV owners expect to be free? Shouldn’t the utilities be paying more attention to their core business, endangered by distributed solar energy provided by roof top solar panels? A 2013 report from Edison Electric Institute, the trade group for publicly-owned electric companies, warned about the disruption about to hit these utilities.

Not only will utilities lose about 10% of their customers to roof top solar by 2020, but that loss would require increasing charges for remaining customers by about 20%, making solar panels even more attractive by comparison. Utilities have been fighting “tooth and nail” to keep solar installers out, including shutting down access to the grid, adding grid fees, and lobbying to regulate and tax solar alternatives out of the market. As it turned out, that strategy has kept the market open until they were allowed to enter.

For example, NRG’s CEO David Crane announced plans to participate in the charging market a year ago, stating that his company would straddle both models just as telephone companies straddled landline and cellular for twenty years before cellular became dominant. And the market in its home state of Texas is ready and waiting.

Was it the boldness of their plans to move into charging stations that gave utilities the moxy to start installing their own distributed solar power? What caused utilities to act outside their staid character, whose normal instinct is to shut down innovation that threatens the status quo?

The fact is, utilities are not only innovating but changing their core business model to accommodate the cheaper and more ubiquitous solar power source, one already visible across middle class neighborhoods, and one that might just save the electric companies from extinction. It feels like it all happened overnight, that our most conservative institutions have become bet-the-business proponents of green technology. Who knew?

CSRHub provides access to corporate social responsibility and sustainability ratings and information on 13,700+ companies from 135 industries in 127 countries. By aggregating and normalizing the information from 371 data sources, CSRHub has created a broad, consistent rating system and a searchable database that links millions of rating elements back to their source. Managers, researchers and activists use CSRHub to benchmark company performance, learn how stakeholders evaluate company CSR practices and seek ways to change the world.