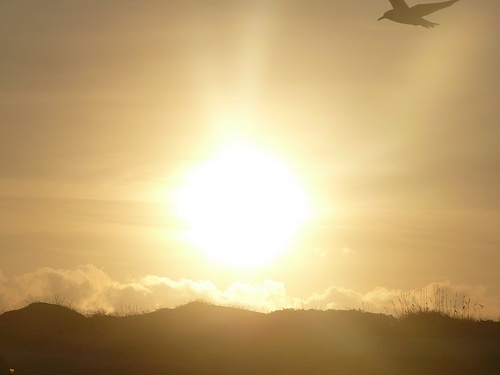 Stone, I was thrilled. His July 2012 piece for that publication — “Global Warming’s Terrifying Math” — started a firestorm. McKibben had determined that the public was losing interest in battling climate change because there was no clear enemy. With no titanic force to battle, consumers had no one to blame but themselves, and that notion was driving away supporters. Then McKibben’s article identified the fossil fuel companies as the once and future evil, and because of horrors such as the Exxon Valdez and BP’s Gulf Oil Spill, they were bad guys we already loved to hate.

McKibben gave us our powerful, venal villains. But a perfect story needs a hero too. McKibben’s article’s title, “Obama and Climate Change: The Real Story,” made it seem like that hero might be Obama.

But McKibbens’ article turned out to be an indictment, using Obama’s own words to brand him the President who has done more harm to the environment than even his predecessor, former oil man George W. Bush:

“Here's Obama speaking in Cushing, Oklahoma, last year…It is to energy what Mitt Romney's secretly taped talk about the 47 percent was to inequality. Except that Obama was out in public, boasting for all the world to hear:

‘Over the last three years, I've directed my administration to open up millions of acres for gas and oil exploration across 23 different states. We're opening up more than 75 percent of our potential oil resources offshore. We've quad­rupled the number of operating rigs to a record high. We've added enough new oil and gas pipeline to encircle the Earth, and then some. . . . In fact, the problem . . . is that we're actually producing so much oil and gas . . . that we don't have enough pipeline capacity to transport all of it where it needs to go.’”

With Obama so squarely reduced to a fossil fuel promoter, is there any good news anywhere about climate change as we enter 2014?

None of these potential solutions carries even the remotest possibility of quick, widespread adoption.

But amidst all the gloom, there is one old idea that just last week seemed to be everywhere again, Ms. Koch’s technology predictions aside: that much maligned force of nature, solar.

Everyone  prefers a transition strategy to one that disrupts our lives or limits our choices. The electric car that has a reasonable range has been one such strategy. Tesla, the first car to do that, runs on enormous batteries that have to be replaced every seven years at a cost of $20,000. Such a drawback for buyers seems to cry out for a solar solution, but it’s impossible to run a car on today’s solar panels. Toyota’s panels generate only enough to run a car’s ventilation system.

Tesla’s founder Elon Musk also founded SolarCity so naturally the companies collaborated on a solution. Rather than working on better solar panels for cars, SolarCity uses Tesla’s batteries first in refrigerator-sized units for commercial buildings, and eventually in smaller batteries for home solar applications, solving the problem of what happens when the sun isn’t shining.

Ironically, Ford has the hottest idea for a solar-powered car. As reported in MIT Technology Review, its self-driving C-Max Energi plug-in hybrid will recharge from solar panels atop a carport roof equipped with a special flat lens. The lens will concentrate enough solar energy to recharge the car in six hours and store it in batteries made by SunPower.

Mash it all together — driverless cars developed by Google (a version of which was recently built for $4,000 by one of Time Magazine’s Influential Teens), solar powered carports, battery technology developed for the electric car applied to buildings (could power plants be next?), distributed energy produced by better roof panels and batteries for local storage — and you start to get excited again. It’s not a single hero but a collaboration that comes closest to pushing the shift.

Finally, as reported on the front page of Saturday’s New York Times,  “Solar Power Craze on Wall St. Propels Start-Up,” referring to SolarCity.  So on top of the technology, the hot entrepreneurs, the brainiac kids and the eagerness to collaborate, the money is there too. Now that’s some shift happening!

CSRHub provides access to corporate social responsibility and sustainability ratings and information on 8,900+ companies from 135 industries in 104 countries. By aggregating and normalizing the information from 300+ data sources, CSRHub has created a broad, consistent rating system and a searchable database that links millions of rating elements back to their source. Managers, researchers and activists use CSRHub to benchmark company performance, learn how stakeholders evaluate company CSR practices and seek ways to change the world.