Remember back in 2005 when General Electric (GE) launched its Ecomagination 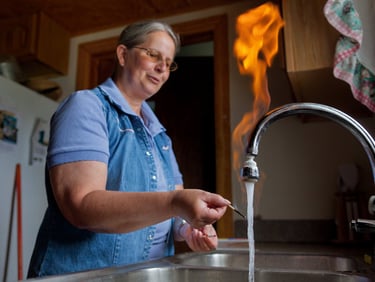 initiative? Its purpose, as the liberal news site Grist put it at the time, was “to ramp up development of clean technologies and lighten the company’s Goliath-like environmental footprint.” A noble effort indeed.

Many of the products highlighted in the Ecomagination launch were focused on renewable energy, such as wind turbines and solar voltaic panels. GE’s CEO Jeffrey Immelt announced major investments in eco-friendlier technologies, pledging to double GE’s research-and-development for Ecomagination to $1.5 billion in 2010.

World Resources Institute (WR) then-President Jonathan Lash called Immelt “not only a visionary, but in the absence of coherent national policies…just plain gutsy.” Lash even supported Ecomagination’s clean coal technologies: “Five years ago, I had to struggle to suppress my gag response to terms like ‘clean coal,’ but I’ve since faced the sobering reality that every two weeks China opens a new coal-fired power plant. There is huge environmental value in developing ways to mitigate these emissions.”

Despite many environmentalists insistence that there is no such thing as clean coal, Ecomagination believed it had a winner and sent its advertising staff off to promote it. The result was GE’s 2006 TV spot “GE’s Coal Miners.” In it, gorgeous half-clad male and female models with sweaty, soot-covered bodies pretend to toil in a coalmine…while a narrator intones about GE’s clean coal being beautiful.

It’s so shocking I thought it must be a parody (seriously, take a look), but its production values reveal the kind of wildly expensive commercial only a huge company can afford.

Who knew in 2005 that 10 years later, China would be the world’s largest solar market, even shutting down its existing coal plants. “Investments in new coal plants (in 2011) weren't even half the level they were in 2005” Justin Guay of the Sierra Club reported in Huffington Post.

Immelt is still at the helm of GE. And the new Ecomagination is again straining credulity with environmentalists for so profoundly getting it wrong.

At least this time its not clean coal or, God forbid after Fukushima, nuclear power. No, this time Ecomagination is focused on natural gas.

Appropriately, I first saw the announcement of GE’s new Ecomagination initiative on the branding website BrandChannel, which headlined “GE Renews Ecomagination Initiative, Commits $25B to CleanTech R&D by 2020.”

It’s not that I begrudge the company for trying to make a buck. What gets me hot is that it’s using natural gas as a panacea for the eco set. Really? What we’ve been reading is that the methane leaked from natural gas drilling is worse – some say 20-100% worse - than the emissions released by burning coal. Fracking to release natural gas may cause earthquakes, taints water (remember the video of the farmer lighting his gas-contaminated tap water on fire?) and kills livestock.

Worst of all, natural gas delays the transition away from fossil fuels and into a survivable future at a critical moment.

But maybe GE’s message is designed for a different audience than environmentalists. Maybe Ecomagination is pure lobbying?

Friday’s New York Times editorial “Natural Gas as a Diplomatic Tool” makes that seem a possibility. The piece encourages the U.S. State Department to respond to the crisis in the Ukraine by opening natural gas exports to Europe, where they’re currently banned. The goal is to reduce Europe and the Ukraine’s dependence on Russian gas. Of course that would require “more facilities to liquefy and ship gas…that would cost billions of dollars.” And guess what business GE is in?

Photo is courtesy of http://bit.ly/1dNZNYH