Last Friday, chemists at the University of Wisconsin published an article in the academic 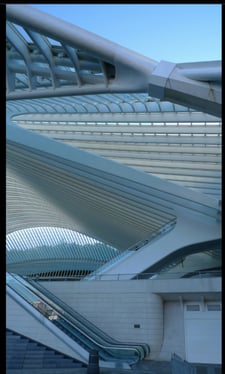 Yoon and his team were looking for a solution to manufacturing pharmaceuticals without the toxic by-products generated in current processes, heat and UV. Natural light can power reactions that heat and ultra-violet light cannot, but past approaches have been too inefficient to be sustainable.

The next potential breakthrough? Paraphrasing Yoon, “Plants do the same thing during photosynthesis: absorb light, release high-energy electrons, and use those electrons to bond water and carbon dioxide into sugars. That reaction is the basis of essentially all of agriculture and all food chains.”

Yoon is echoing Giacomo Luigi Ciamician, an Italian chemist working at the end of the last century. In a paper he presented in 1912 at the 8th International Congress on Applied Chemistry, Ciamician used vivid imagery to predict that natural light would one day supplant fossil fuels as the primary energy source:

"On the arid lands there will spring up industrial colonies without smoke and without smokestacks; forests of glass tubes will extend over the plains and glass buildings will rise everywhere; inside of these will take place the photochemical processes that hitherto have been the guarded secret of the plants, but that will have been mastered by human industry which will know how to make them bear even more abundant fruit than nature, for nature is not in a hurry and mankind is. And if in a distant future the supply of coal becomes completely exhausted, civilization will not be checked by that, for life and civilization will continue as long as the sun shines!"

Ciamician’s vision was so compelling that he was nominated nine times for a Nobel Prize, but its execution so daunting that scientists considered it infeasible. Over the years, it’s been the holy grail in photochemistry, but so difficult that despite breakthroughs along the way, chemists had all but given up. Now the next critical step has been reached, and we can hope again.

Like the early days of the auto, when there roads were not paved and difficult to navigate in a car, when engines blew up and repair people were not plentiful, before gas stations populated every corner, solar energy is still primitive. Solar panel materials are  famously toxic. Roof fires happen often enough to scare away homeowners. Solar companies are uneasy about disclosing their toxicity, and the one large PV provider who did have an Extended Producer Responsibility program, First Solar, dropped it after three years. So we think of solar panels as a transition technology, like the Ford Model T, and put up with them because in them we see the future: solar panels are our bridge to Ciamician’s ultimate future.

Light provides energy without waste or danger for all of nature, a process we are closer now to imitating. Let’s just hope the timetable for the next discovery doesn’t take another 100 years. We just don’t have that kind of time.