For some reason, I encountered more skeptics than usual last week.  Two people told me 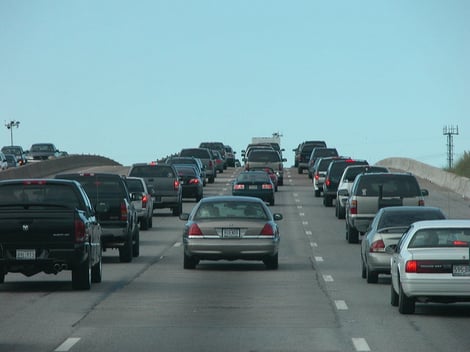 that we will never see a shift in consumer behavior towards sustainable purchasing.  Two others said that corporations only care about money and view sustainability only as a kind of social window dressing.  Add in the normal flow of data on how bad things are (and how bad they are going to be if we don’t do something soon!), and I should have been pretty depressed.

Instead, the last few weeks have contained many reasons to hope, for the future.  For instance, we had the announcement that the EU would require companies with more than 500 people to report material sustainability issues; former New York Mayor Bloomberg’s and former SEC Chair Mary Schapiro’s decisions to lead the board of SASB; and the announcement that the US Environmental Protection Agency would (finally) start to regulate power plant carbon emissions.  There were also positive CSRHub news items—including a partnership with the CCEG and the release of five more million pieces of CSR data.  (Our site now contains 52 million pieces of data and rates almost 9,000 companies in 102 countries.)

However, I got an additional, more personal, reason to hope over the weekend.  I was driving home from a day on the water when my car suddenly stalled.  The battery was dead and I was stuck in the middle of heavy traffic on one of the approach ramps to the 59th Street Bridge.

I put up my hood and called for a tow truck.  As I finished my call, a nice-looking guy in a white shirt and black pants pulled up into the space in front of me and jumped out.  He asked, “Can I help?”  He had a battery pack in his car (jumper cables wouldn’t reach) and we tried—but no luck.  I thanked him profusely and then, he drove off…Only to be soon replaced by an older Indian man and his wife…Then, by a black man and his children…Then by a Hispanic man…  A cab driver (Sikh) and a livery driver (Hispanic) who were going the other way on the ramp each offered me gasoline (if I had run out of gas).  I got advice, sympathy, and offers for a push.  Finally, an Asian man in a large SUV had a battery pack that had enough power to get me started.  I’d been on the bridge ramp for more than an hour (the tow truck never showed up), but I was never alone and I never felt I was in danger.

Isn’t my experience a great reason for hope?  It is personal proof that many people want to help others—even when there is no opportunity for gain for themselves, besides the satisfaction of doing something good.  It is proof that people prepare in advance to help others—with cables, battery packs, and gas cans when they are driving and with spare food, clothes, and other emergency items when they are at home or at work.

This was my personal “Red Cross” moment—the time when I needed help and someone came to help me.  It renewed my faith in human kindness and reassured me that we have a broad spectrum of fellow citizens who care enough about society as a whole—and the fate of an individual stranger—to take action to improve the world.  It gave me another reason to hope, and I hope it does the same, for you.