Is It Already Over?

Last week I met a young man who is about to major in environmental engineering. When he found out I blog about climate change, his first question was, “Is it already over?” 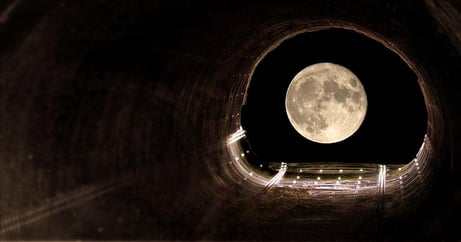 Clearly he intended to be provocative. But it was an interesting question from someone about to enter the environmental field. He wanted to talk about solar arrays in space and space elevators. Both are ideas that would in part alter the sun’s radiation, preventing it from warming earth.

Don’t these ideas sound nuts? The National Academy of Sciences agrees, reporting that the idea of increasing the earth’s reflectivity so that more sunlight gets bounced back into space is, in their more tempered language, “fraught.”

Clive Hamilton, the Australian climate change ethicist and author, puts it more strongly in the UN web magazine Our World, “Some of the ideas put forward to block the sun’s heat would be far-fetched even in a science fiction novel.”

The excitement my young student showed was, in its own way, just as troubling. As environmental activist Rachel Smolker blogged in Huffington Post, “What is clear is that climate geoengineering is opening new doors for many career seekers. From scientists with superman complexes, eager to be seen as doing ‘cutting edge’ work with big important global consequence, to various environmental and other NGO careerists seeking grant support, status and a place at the table.”

In other words, geoengineering is the new macho, no matter how otherwise sincere my young friend.

All of the schemes for climate solutions that change the delicate balance between the atmosphere, the ocean and the sun’s energy sound deranged. But what if these ideas seduce us into believing that we can continue to rely on carbon-spewing fossil fuels until all the reserves are used up?

According to Smolker, solar reflectivity and other geoengineering ideas, with the exception of technologies designed to remove emissions such as carbon scrubbing, are diverting our attention, “…from implementing the straightforward, proven, low tech, low risk approaches to saving the planet…like halting deforestation, protecting biodiversity, putting a halt to overconsumption, ending the mining, fracking, clear cutting and burning of the planet…”

Just as with climate change in the early days, scientists are lining up on either side. The predominance of scientific bodies argue for caution. Their projections show the potential harm, as in the weakening of coral reefs and sea life shells that results from fertilizing the ocean with iron or the projected side effect of sprinkling the atmosphere with sulphates, which scientists say may reduce our rainfall.

The most enthusiastic proponents of bioengineering include the fossil fuel companies and their organizations such as the American Enterprise Institute. In 2013, the influential think tank partly funded by ExxonMobil and the Koch brothers, launched a high-profile project to promote “geoengineering,” or as the National Geographic defines it, “intentional intervening in the climate system in an attempt to forestall some of the impact of global warming.”

Shell and ConocoPhillips are investing in geoengineering and using it to buttress their argument that we will don’t have to stop using fossil fuels because we will innovate ourselves out of our climate crisis.

To an ex-branding person like me, the most-telling signal of pro-geoengineering forces’ intentions is the re-branding taking place. From the original and now highly controversial “geoengineering” term to a replacement that turned out to be no better — “climate engineering,” the current moniker is the evocative “climate intervention,” as though the climate has a problem which only humans can fix.

Advocates for “climate intervention” think the best strategy is to alter nature’s delicate balance, to address climate change by changing the climate. But it’s Mother Earth who has the genius for cleaning up messes, not us. Think of the mushrooms currently used to detoxify superfund sites. Surely we can figure out a similar solution to excessive carbon, one that mimics nature rather than destroying it.

Let’s attend to our own “intervention” and fix what we can, those behaviors that caused climate change. We won’t destroy the earth, just our ability to survive on it. It’s our own extinction that’s at stake. The solution is not to alter earth’s magnificent equilibrium but our own self-destructive behavior.

To answer my young friend, no, it’s not over.