Our friends at Agrion organized a Sustainability Summit last week.  About 250 people 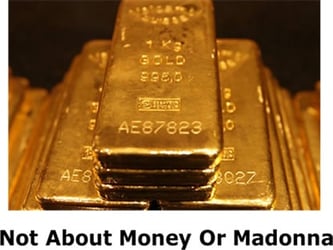 gathered in New York to discuss various aspects of corporate social responsibility (CSR) and sustainability practice.  I had the opportunity to lead an all-star panel on materiality in sustainability reporting.  (Our panel included speakers from NASDAQ, Bloomberg, Rockefeller, and the CFA Institute.)

When we met ahead of the meeting, our group expressed a collective fear that we’d put our audience to sleep!  Materiality can be a pretty technical subject.  Here’s a quick definition of the word, in case you need it: Materiality is a measure of the estimated effect that the presence or absence of an item of information may have on the accuracy or validity of a statement.

The other group felt that sustainability reporting should focus on what matters to a company’s stakeholder groups.  A recent CSR report from Electrolux put forth this view:

“In the context of sustainability, materiality relates to identifying the issues most relevant to conducting business responsibly and well. These issues can either potentially affect our performance, or the development of our business.”

Our audience initially agreed with the second (stakeholder) view.  After hearing the arguments in favor of the legal/regulatory view, almost the whole audience changed its opinion to agree that both perspectives should be considered, when doing sustainability reporting.

Although our panelists disagreed initially on this definition issue, they agreed on many other points.  For instance they all felt:

We spent a lot of time on the question of standards.  It was obvious that our audience (mostly corporate sustainability managers) felt strongly that the standards environment was confusing and counterproductive.  Most of the audience had a favorable view of the work that has been done by the GRI (Global Reporting Initiative) and there was a lot of enthusiasm for the ISO26000 framework.  Fewer people knew about SASB’s initiative and those who did expressed concern that it would distract from the standards that were already known and in place.

I resisted dropping the Rodney King line (“Why can’t we all get along”) and instead appealed to our audience to be aware of and actively participate in the standards-setting process.  Our panelists offered similar closing remarks and reminded the audience that materiality discussions should lead to better understanding of the business opportunities (and risks) that come from sustainability reporting.