By Carol Pierson HoldingWhat is going to solve climate change? To borrow terms from technology, a distributed 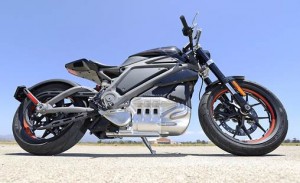 solution is underway that has moved along the technology adoption curve and is already entering the mainstream.We’ve watched this distributed solution take form for a while now. Government regulation, which lagged at the federal level, is enacted globally at the city and community levels. Individual power plants are switching from oil and coal to the lower-emissions solution, natural gas, on their own and without regulation. Corporate Social Responsibility, which was isolated in its own department, has in many companies been distributed across the enterprise, with CSR departments providing only specific support functions like competitive benchmarking, measurement and reporting.How do we know our distributed solution has reached the mainstream? Harley-Davidson, whose brand is arguably nonexistent without a combustion engine, just introduced an electric motorcycle. The dominant brand in motorcycles, Harley sells 36% of all motorcycles sold in the U.S., including 52% of all on-highway bikes.  It has a well-entrenched formula for customer loyalty that includes its unique sound. That’s so important that the company tried to trademark it, only giving up in 2000 after six years of legal wrangling.But Harley’s core customers are largely boomers so its average customer’s age — and as recently as 2010 its market share too — were declining.The company needed to appeal to younger generations. It’s doing so with an electric motorcycle called the LiveWire.How does a company capitalize on one of the most beloved parts of an electric vehicle, its silence, when your brand is synonymous with deafening noise? By creating a brand new sound. As Charles Fleming wrote in the Los Angeles Times’ last week —