Companies commonly base executive compensation on performance, but a growing 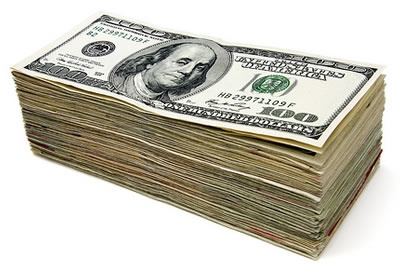 number of businesses have started associating top leaders' pay rates and bonuses to achieving corporate environmental goals. In essence, initiatives such as reducing energy use can lead to higher compensation for those in the corner offices.

According to a 2013 joint report done by the Investor Responsibility Research Center and the Sustainable Investments Institute, 43 percent of Fortune 500 companies link executive pay to sustainability. These incentives are helping companies across the world accelerate green goals and reduce carbon footprints.

In recent years Caterpillar, a worldwide manufacturer of construction and mining equipment, has dedicated itself to corporate sustainability. As motivation for senior executives to reach these goals, the company has started tying compensation to sustainability performance. In 2011, a reported 84 percent of Caterpillar's executive officers had compensation tied to the company's performance.

Caterpillar has lofty environmental goals, such as a 20 percent reduction in greenhouse gas emissions and a 25 percent increase of energy efficiency by 2020. But in some cases, it has already exceeded these goals. According to its annual report, the company has surpassed its energy efficiency goals by 22 percent by 2012. Part of this achievement is based on Caterpillar's dedication to renewable energy resources. In 2012, 18.2 percent of the company's energy was comes from green energy.

In addition, Caterpillar has made a commitment to follow LEED standards for all new construction worldwide. LEED is the international standard for sustainable construction, design and maintenance. These buildings will focus on energy efficiency as well as reduced waste.

In the world of technology, Intel is a leading computer and processor manufacturer. But in terms of the green movement, the company is leaps and bounds ahead of most companies in sustainability initiatives.

Intel has been linking sustainability and compensation for its CEO and top leaders since 2008. In addition, all employee bonuses are tied to its green goals. The company encourages its employees to find new ways to innovate sustainability at work and recognizes successful staff with its Intel Environmental Excellence Awards. Employees who received the award in 2010 collectively saved the company $136 million.

By 2010, the company reduced its emissions by 40 percent, saved more than $5 million through recycling programs and created more energy-efficient products for customers. To further limit its carbon footprint, Intel committed to purchasing 2.5 billion kWh worth of renewable energy credits, which will offset 85 percent of the company's energy use. According to the U.S. Environmental Protection Agency, that's enough clean energy to power 218,000 homes!

Though you may not think one of the world's leading energy and gasoline companies would be green, Shell  has some impressive sustainability standards. The company makes the environment a performance evaluation criterion for its 87,000 employees worldwide, including upper level executives.  Shell's employees are evaluated for individual and team efforts for accomplishing the company's green goals. Their performance in these initiatives is directly related to their annual bonus amount.

As part of its sustainability commitment, Shell works to provide energy-efficient alternatives to its customers around the world. As a major producer of oil and gas, Shell has a significant investment in alternative fuels and research for renewable options. In the past five years, the company spent $2.2 billion to develop alternative energy. Additionally, the company has increasingly used natural gas as a cleaner-burning fuel than coal to create energy.

Shell is significantly invested in wind energy, with wind farms located in Europe and North America. The company estimates that its emission-free generation of electricity eliminates more than 1 million tons of carbon dioxide from entering the atmosphere.