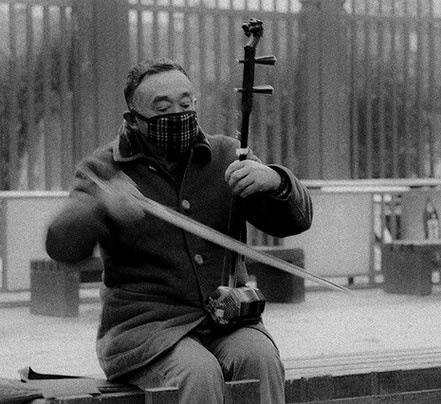 consider the effectiveness of the opposition. They’ve got branding down, relentlessly repeating the mantra, “science is inconclusive and solutions are exorbitant and unproven.” On the other hand, environmentalists repeat vague Cassandra-like warnings of “climate change” and “global warming,” supporting dire predictions with confusing statistics, hard-pressed to come up with simple, relevant messages.

Even relatively green media like the New York Times end up reinforcing the fossil fuel messages, especially in their business sections. In an unfortunately common example, Friday’s Huffington Post called out the New York Times for “overhyping the benefits of fracking…(claiming that it was) changing the economic calculus for old industries and downtrodden cities alike.” Fracking equals jobs and a better economy, the article claimed. But Huffington Post reporter Mark Gongloff quoted Dean Baker, co-director of the Center For Economic And Policy Research, who found that in fact fracking communities had a worse record for factory jobs than the U.S. as a whole. Still, when it’s reported in the New York Times…

Climate deniers are brilliant at setting up simple, memorable and scary financial calculations that brand climate change activists as prioritizing the environment against the economy. They pit environmental health against jobs. They equate renewable energy with sky-high utility bills. They warn electric cars have no range and will leave you stranded and solar panels will burn your house down. And my favorite, heard quite a bit in the halls of Congress: why should the U.S. pay to clean up the atmosphere when China now emits more greenhouse gas than we do?

Again, even environmentally-friendly media reinforce this trope. The latest is last week’s Rolling Stone article titled “China, the Climate and the Fate of the Planet.” The article is rife with fodder for climate solution obstructionists, starting with author Jeff Goodell’s front page called-out quote:  “If the world’s biggest polluter doesn’t radically reduce the amount of coal it burns within the next decade, nothing anyone does to stabilize the climate will matter.”

True, China’s contribution to atmospheric CO2 is now over 10 billion metric tons a year, and 25 years of climate negotiations have failed utterly. But Goodell’s article did not have to lead with the negative. He could have highlighted that China is now the largest consumer of solar power and that this year, 60 percent of its new energy production was from renewable energy sources, even higher than the U.S. at 53.8 percent. That it’s making every effort to close coal plants. Or that even in the face of beatings or worse, its citizens are still rioting in the streets against fossil fuel production.

Iconic graphic designer Milton Glaser, creator of the “I Love New York” logo, developed a climate change branding campaign with buttons and billboards that feature a black circle fading to a small green strip at its bottom edge over the slogan “IT’S NOT WARMING. IT’S DYING.” Position this message against one of the current denier billboards that proclaims “’Green’ Climate Policies: Probably unnecessary. Certainly ineffectual. Ruinously expensive.” Which one sounds more rationale? More persuasive? Easier to adopt? Commenting for Fast Company, Adele Peters questions Glazer’s negative approach but remains hopeful that he’s tackled the challenge. Her closing thought is absolutely correct: “We need more brilliant designers and marketers tackling the messaging about climate change in different ways--especially in the U.S., which leads the world in climate denial.”