The Paradox of ESG 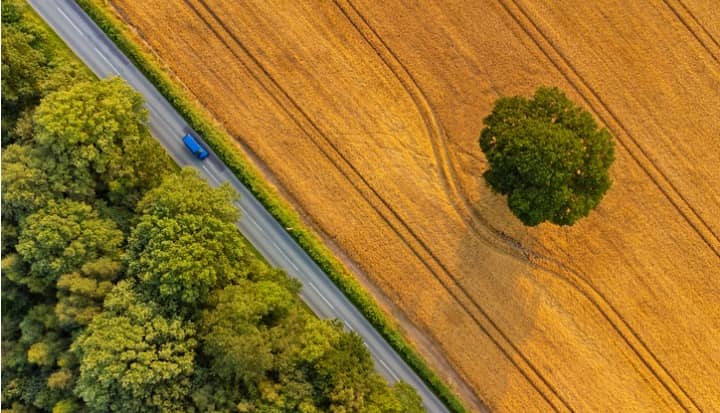 As previously seen on Business Fights Poverty and published with permission.

Can for-profit businesses really aid in preserving the environment? The practice of environmental, social, and governance (ESG) investment has long been plagued by the question. You could have assumed the answer was Yes based on the euphoric increase in everything ESG. According to estimates, a sustainability lens is now being used to oversee more than $35 trillion worth of assets globally, a 55% rise since 2016. Investors, banks, and companies have joined a number of alliances, including the GFANZ, gsia, pri, and iigcc, and committed to reducing their own carbon footprints as well as those of their portfolios. Additionally, s&p 500 company executives now mention ESG nine times on average every quarter during conference calls, compared to only one or no times in 2017.

But when attention turns from words to actions, the inconsistencies in ESG are becoming glaringly obvious. Companies' goal is to provide long-term value for its stockholders. That could sometimes be consistent with the goal of decarbonization. Unfortunately, businesses will often find it more advantageous to shift expenses like pollution onto society than paying for them directly. Participating in the green industry might result in conflicts with authorities and investors in regions where there is no national agreement on climate policy. Governments will be unable to take effective action until they find a solution to the conundrum.

The political uproar around BlackRock, a major asset management, in America serves as one example of the conflicts in ESG. Republican attorneys general charge it with abusing its market position by shunning fossil fuel companies in 19 states. The accusation is denied by the business. Watchdogs in the Democratic state of New York, meanwhile, argue that BlackRock is not green enough. The disagreement may cost the company money since Texas, a Republican state, intends to forbid its pension funds from doing business with the company.

It makes sense why certain financial firms are hesitant about forming green collaborations. JPMorgan Chase and Morgan Stanley were among the big Wall Street companies that said they might leave a subgroup of the Glasgow Financial Alliance for Net Zero (GFANZ). Mark Carney, a former governor of the Bank of England, is one of the co-chairs of GFANZ. After that, the requirements for being a member changed. The two pension funds that have already left are Cbus Super of Australia and Bundespensionkasse of Austria.

Critics provide several explanations for why they are uneasy. Some have cited GFANZ membership, which comprises companies managing $130 trillion in assets, as proof of anti-competitive behaviour. There are many more issues. Can pledges be issued without the consent of investors? Missed promises might result in legal action against the companies. Furthermore, why follow strict regulations if you don't have to?

Companies are learning that speaking out has consequences as well. The Business Roundtable, a collection of influential business leaders, said in 2019 that a company's goal should be to help its stakeholders. The head of the group at the time and CEO of JPMorgan Chase, Jamie Dimon, has now started to dispute that he is "awake." Consumer products company Unilever has positioned itself as a sustainability leader, yet its shareholder returns have trailed well behind those of its competitor, Nestlé. Unilever's CEO, who had just been in the position for four years, announced his resignation on September 26.

The ESG ideal was that the capital markets would punish companies for ignoring the impending financial harm that climate change would cause to their industries. However, in reality, the expenses are too speculative and far off to have a significant impact on a company's or investor's financial arithmetic. Paying lip service to green aims allows most businesses to reap the benefits of seeming green while incurring the expense of decarbonization. More than two-thirds of the world's 166 largest greenhouse gas polluters have pledged to achieve net zero by 2050 or earlier, according to a group of investors called Climate Action 100+. But less than 5% of people have medium-term goals, and even fewer have quantitative decarbonization methods.

Governments are responsible for balancing the interests of business maximisation and a safer environment. The only way to do this is to impose a price on carbon that is high enough to force businesses to absorb the costs of their unethical practices and make becoming green profitable. To assist businesses in determining their exposure to rising carbon pricing, mandated standards and disclosures must be implemented more swiftly. Companies can rescue the world, but only if doing so benefits their bottom line.

For more information, visit www.csrhub.com or request a consultation. 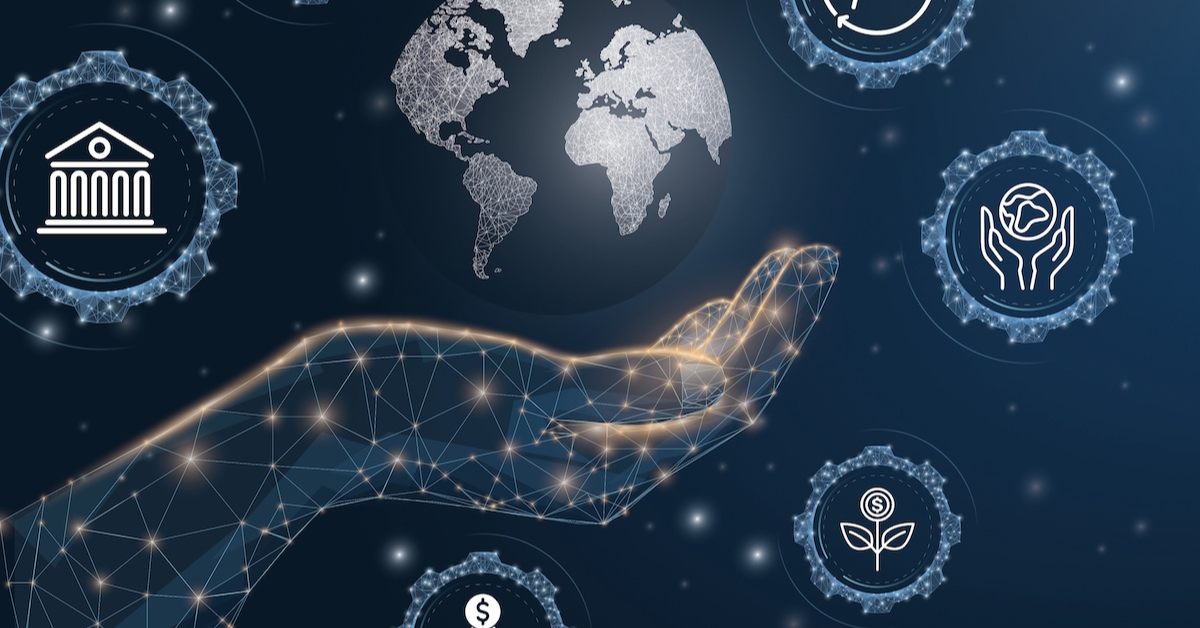 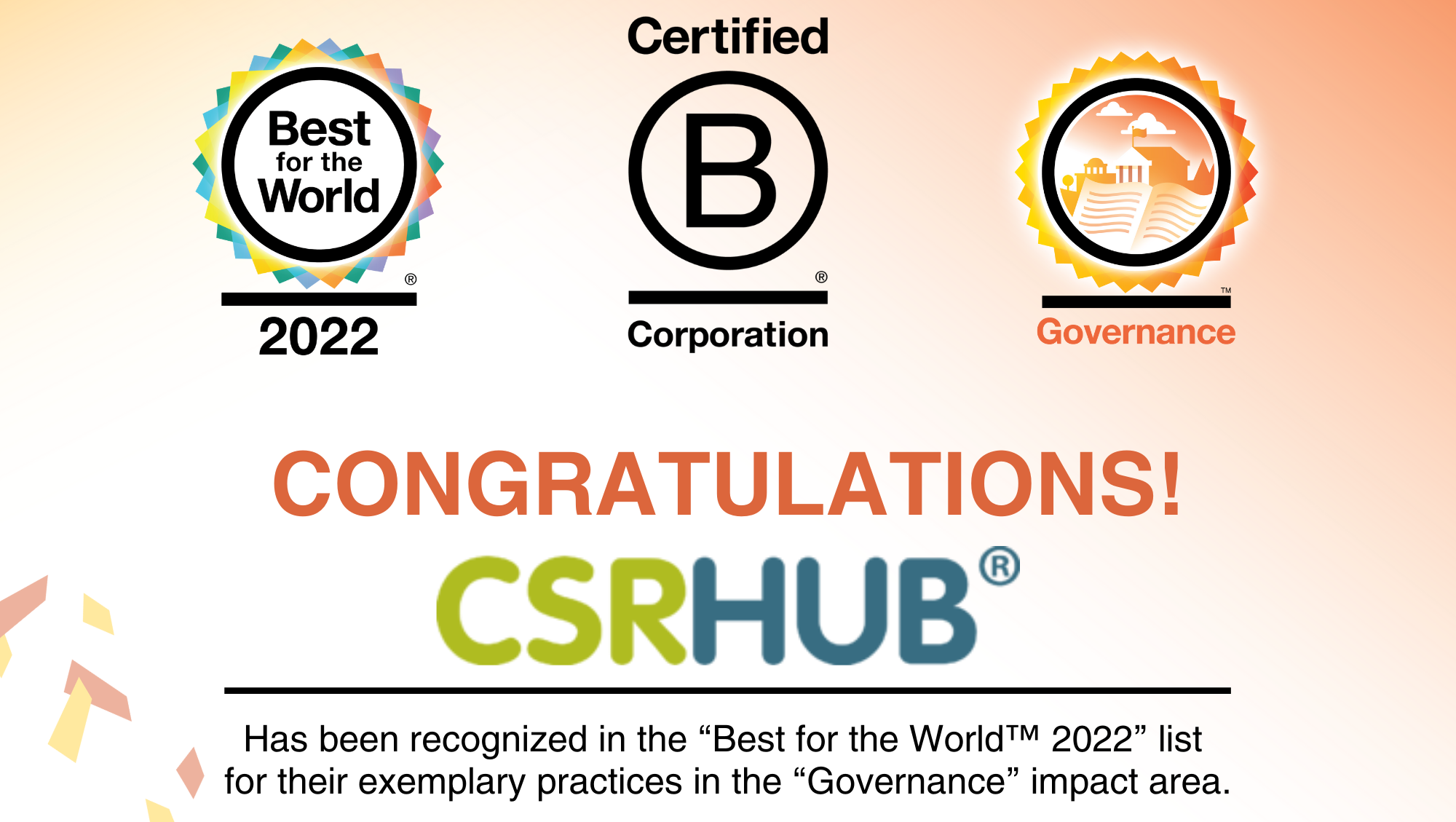 CSRHub Recognized as "Best for the World 2022”  B Corp Honoree