ranking of the 100 best-performing CEOs, with Pablo Isla of the Spanish fashion retail giant Inditex topping the list for the second year in a row. Following behind Isla in the #2 and #3 spots are Jensen Huang of NVIDIA and Bernard Arnault of LVMH. They’re joined by newcomers to the top 5 this year, François-Henri Pinault of Kering (#4) and Elmar Degenhart of the German automaker Continental (#5). Salesforce CEO Marc Benioff has climbed to the #6 spot, up from #12 in 2017.

END_OF_DOCUMENT_TOKEN_TO_BE_REPLACED

HBR Publishes List of Best Performing CEOs in the World

CEOs, based on both financial and ESG (environment, social, governance) measures of the leaders’ entire time in office to highlight those executives that have established a lasting track record. CSRHub is proud to be one of the two research providers for this year’s list.

HBR wrote in its November 2016 article covering the ranking, “one persistent criticism of ESG data is that it can be subjective, and indeed, when you examine how various research organizations rank the same firm using ESG criteria, you’ll often find significant differences.  This year HBR used ratings from CSRHub, a firm that collects and aggregates ESG data to help companies better understand what they can do to improve. By incorporating two ESG components, we hope to increase our accuracy and reduce the odds that any company may unduly benefit from or be penalized by a single firm’s rating.” (For more details, see “How We Calculated the Rankings,” page 6.) “The revised approach, along with ups and downs in world stock markets, brought 33 new CEOs onto the list. At the same time, 30 CEOs have made the list for the third year in a row.”

See which leaders and companies made the top list here, https://hbr.org/2016/11/the-best-performing-ceos-in-the-world.

CSRHub provides access to corporate social responsibility and sustainability ratings and information on 16,550 companies from 135 industries in 133 countries. Managers, researchers and activists use CSRHub to benchmark company performance, learn how stakeholders evaluate company CSR practices and seek ways to change the world.

END_OF_DOCUMENT_TOKEN_TO_BE_REPLACED 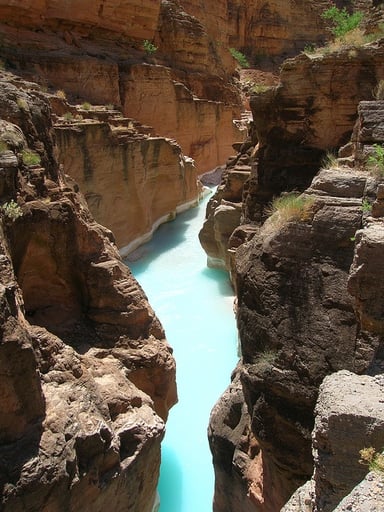 So Hard to Change Course

Should this make us jump for joy? I’d hoped for more.  By now, we were supposed to have one overall reporting scheme that integrated financial results with quantified sustainability measures.

I remember how participants cheered at the 2007 Socially Responsible Investment (SRI) Conference when piles of the Wall Street Journal’s special section “A Smarter Approach to SRI” were distributed. The section acknowledged SRI investors, data analysts and portfolio managers as a valid segment of investing, chronicling SRI’s shift from a sin-avoidance screen (no tobacco, liquor or firearms) to a philosophy that doing good in the world produces great financial results.

We thought we could see the end of a need for SRI. After all, if a strategy is producing better returns, wouldn’t everyone jump on the bandwagon? Wouldn’t accounting standards incorporate sustainability factors into their reporting requirements? Wouldn’t financial analysts demand access to standardized sustainability measurement?

Sustainability data, also called CSR, is available – in fact, CSRHub, sponsor of this blog, posts some of its data online for free. But none have been used to establish standards that can be enforced.

Despite these roadblocks, some investors have figured out how to incorporate sustainability performance into their investment strategies, and they’ve had remarkable success. This month’s The Atlantic reports on Al Gore’s phenomenal performance with sustainable investing: his firm earned 12.1 percent annually over ten years, an astounding 5 percentage points over the average managed account.

Gore’s results are substantiated by studies from Oxford University and the Wharton School. So why are supposedly rational investors not enrolling in droves?

“…this is known as the ‘$20 bill paradox’: An economist sees some money lying on the sidewalk and says, ‘That can’t be a $20 bill, because if it were, someone would have picked it up.’ But Haldane’s analysis shows a persistent market failure because of habits of mind, compensation structure, and other real-world factors that make investors undervalue long-term returns.”

A perfect example comes courtesy of this month’s Harvard Business Review’s “Best-performing CEOs in the World.” For 2015’s report, the authors factored in 20 percent sustainability performance with its standard financial measures, profit and change in stock value. Eight years after the Wall Street Journal endorsed sustainability, Harvard has come around too. Should be great news right?

But the market didn’t punish Bezos at all. The week the rankings were released, Amazon’s price was unaffected, bouncing around within its normal range. Even more telling, when the company’s “bruising workplace’” was excoriated by the New York Times then universally critiqued for weeks on end, the stock barely budged. Sustainability affects long term returns, which just don’t matter to most investors.

So what’s the news here?

By adding sustainability as a factor to its Best Performing CEOs ranking, HBS is supporting its mission to “Educate Leaders Who Make a Difference in the World. Yet the market’s “habits of thought” are to value short term over long term returns and reward ambitious leaders who fail to understand the inter-connectedness of the world.

You have to applaud the change in CEO ranking criteria, celebrate the SASB credential and admire those who proselytize sustainable investing. But we still have a long way to go to change real world habits.