Passing the Baton on Environmentalism 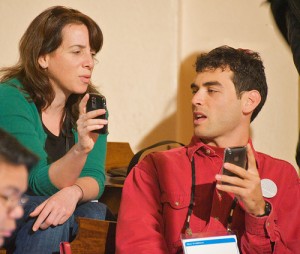 In his keynote to the Democratic National Convention, Julian Castro likened progress not to a sprint or a marathon, but a relay race going from one generation to the next.  As seen through environmentalist eyes, you can’t help but feel saddened. Future generations will be the ones to suffer for our failure to address climate change. Surely upcoming cohorts will be even more motivated than older generations to act.

But as a reader pointed out to me and as study after study has shown, the reality is that the current generation refuses to have much to do with “climate change.” The latest research from Jon Miller of University of Michigan shows that fewer than one-quarter of his GenX participants – young adults aged 37-40 — said they were “very concerned” about climate change.

And their interest in environmentalism is dropping: in 2009, only 22 percent of those GenX adults said they followed climate change very or moderately closely. In 2011, the number dropped to 16 percent.

Why should they care about climate change? They didn’t create the problem, their predecessors did. They have to deal with issues that are shorter-term and more immediate, like jobs and children.

But GenX has not been silent. They understand consumer power writ large by brands. They know how to force companies to be socially responsible by threatening their positive image, their brand power, and push the responsibility on those benefitting from consumerism. To preserve their goodwill with GenX, big companies like WalMart have to be green, and then coerce their suppliers to be green as well.

GenX discovered how to advance environmentalism in its own way, while shopping for the family.

Now the next generation, known as GenY or The Millennials, is taking up the baton. And GenY is also changing behavior in ways previous generations never dreamed.

Priscilla Long, author of the “Science Friction” blog for The American Scholar, calls reducing emissions from cars “the most effective single action we can take.” She gives prescriptions for doing so: buy a more fuel-efficient car. Drive less. Keep your tires inflated.

Older generations will take this advice, as much to save money as to save the environment. But guess what’s happening with GenY? They’re doing us one better: they’re not buying cars at all. They’re eliminating emissions.

A new J.D. Power report confirms it: teens and twenty-somethings no longer want to own a car.

Technology had the unintended consequence of causing behaviors that are more environmentally friendly. Apple may get mediocre ratings from CSRHub for its environmental performance. But its iPhone enables more virtual social interaction without the need for travel. Or cars.

Detroit is at its wit’s end, hiring social media wizards and youth marketing specialists to figure out how to turn the tide. But according to the Atlantic,  “The Cheapest Generation” turns to Facebook and Twitter for their identity, not their automobiles.

This may be more than just an issue of self-image. GenY is facing high unemployment and a mountain of student loans, so they’re broke too. But for whatever combination of factors, new data from the Federal Highway Administration suggests that total vehicle travel in the US has fallen back to where it was in mid-2004.

Lower car ownership is driving other less-expected results as well. Condos in downtown Portland are being built with fewer parking spaces – or none at all – reducing building costs and lowering the price of apartment rentals.  Bike lanes are popping up all over the country, even New York City. Downtown streets are being closed to cars.

And GenY s‘ experience with car sharing has led to a change in preferences from ownership to collaboration. Enthusiasm for sharing everything from cars to couches to clothes is not what the green movement envisioned. But it achieves the same end.

This is not old style environmentalism, where consumers change their behavior to be morally correct while denying themselves basic comforts. And it’s certainly not capitalism as we know it. It’s adaptation, where environment and capitalism come together.

Corporations and their brands are adapting to this new reality, morphing into what they should be, servants of consumers, rather than drivers of behavior. When an iPhone reduces demand for cars, business calls it disruptive innovation. At heart, it’s all adaptation. Who can guess what the next generation will come up with! 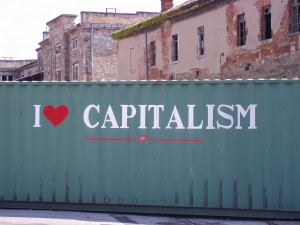 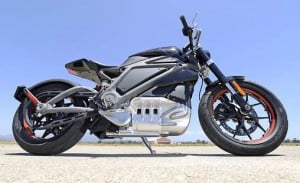