Fast Company’s July/August cover story is an inspiring account of a man who has doggedly followed his passions to bring clean water and sanitation to thousands of people across Africa. He also happens to be a famous movie star – which helps explain how he wound up getting his start in global development.

During the 2006 African filming of Invictus, Matt Damon asked Bono to arrange a ten-day crash course in poverty. After an eye-opening week exploring urban AIDS, microfinance, education and water, Damon decided to leverage his passion, star status and intellect to help bring clean, safe water to the nearly one billion people who lack access.

Following his mother’s example of first-hand, on-the-ground learning, Damon began a search for the most innovative water access solutions. What he found, while working on his documentary Running the Sahara, was Gary White, the creator of an organization called Water Credit. After throwing himself into a series of top-down global development projects in the 80s and 90s, White came to understand that community engagement “is a life-or-death strategy in the developing world”. He realized that even poor Africans had some money, but that their access to clean, safe water was held hostage by middle-men, who charged exorbitant rates for water.

So White created Water Credit, a water access development program that builds African water infrastructure through community buy-in. White’s model requires at least 80% of a community to sign up for a loan to create their own wells or buy their way into water access. Water Credit stays involved throughout the building and maintenance of a project, and even takes responsibility for community education.

In 2009, White and Damon joined forces to create Water.org, and have been working together ever since to scale innovative concepts like Water Credit. 315,000 villagers now own their projects and maintain clean water systems. The pair has also since created My.Water.Org, a mini site dedicated to tracing each step of a community water project in Haiti.

Thanks to donors like PepsiCo (whose Community Development and Philanthropy score on CSRHUB is 64) and others, Water.org anticipates raising $10 million in 2011.  These efforts are small in scope compared to the daunting problem facing a billion people needing clean water, but the lives of countless thousands will forever be changed for the better as a result of a man on his mission.

Cynthia Figge, Cofounder and COO of CSRHUB is a forerunner and thought leader in the corporate sustainability movement. In 1996 she co-founded EKOS International, one of the first consultancies integrating sustainability and corporate strategy. Cynthia has worked with major organizations including BNSF, Boeing, Coca-Cola, Dow Jones, and REI to help craft sustainability strategy integrated with business. She was an Officer of LIN Broadcasting/McCaw Cellular leading new services development, and started a new “Greenfield” mill with Weyerhaeuser. She serves as Advisor to media and technology companies, and served as President of the Board of Sustainable Seattle. Cynthia has an MBA from Harvard Business School. Cynthia is based in the Seattle area.
Share 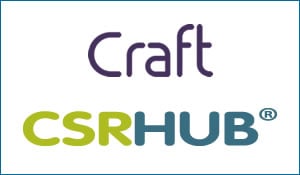